Stopping the Clock on Aging with Stem Cells

Researchers led by Dr. Su-Chun Zhang at the University of Wisconsin-Madison Waisman Center are utilizing stem cells in a pre-clinical trial to determine the role of human astrocytes in neurodegenerative diseases such as ALS, Huntington’s disease, and Rhett Syndrome.  The team found that, upon integration into the central nervous system, stem cell-derived astrocytes from patients with ALS replace the astrocytes of the host while disrupting motor function, as though the host also had ALS.

The Nerve of Them – Scientists Chronicle Transition of Stem Cells to Nerve Cells In Vivo.

Scientists led by Mathias Hoehn at the Max Planck Institute for Metabolic Research have devised a novel method for documenting the process by which human stem cells transplanted into the cerebral cortex of an animal model develop into mature nerve cells.  The researchers inserted optical image reporters into the cells to emit different shades of light when certain genes were activated. By observing the sequence in which the light was emitted, the group determined the timeline of the stem cell’s transformation in vivo.

Stem cells have been found to prevent neurological damage to GCI stroke victims.

In a recently published study from the Hallym University College of Medicine, researchers have applied mesenchymal stem cells [MSCs] to animal models afflicted with global cerebral ischemia [GCI] to successfully reduce the associated neuronal damage. When compared to those that received no treatment, animals that received MSCs displayed a significant decrease in cell death, inflammation to the brain, and disruption of the blood brain barrier. 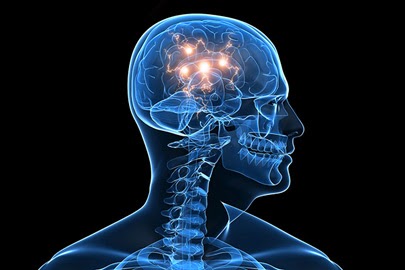 A Sight for Sore Eyes – Stem Cells Discovered on Surface of Retina.

Scientists may one day be able to treat AMD with stem cells from the retina.

A team of researchers led by Professor Andrew Lotery at Southampton General Hospital have discovered a source of retinal stem cells on the surface of the eye. If scientists can harvest these readily accessible stem cells, convert them to light-sensitive cells, and then transplant them back into the eye, the cells could provide new treatments for age-related macular degeneration [AMD].

The Nose Knows - The Importance of Stem Cells.

Stem cells are regulators for critical connections between the nose and the brain.

Scientists from the National Institute of Neurological Disorders and Stroke have identified neural stem cells as important regulators of the olfactory bulb and its connections to the brain. The researchers discovered that a constant influx of stem cells is required for the olfactory system to function properly. The removal of stem cells causes a widespread disruption of signals sent to the brain, resulting in sensory deprivation.

A research team from the University of Washington has discovered a stem cell signal in Gambel’s white-crown sparrows that may lead to new regenerative treatments for patient suffering from neurodegenerative diseases. The team found that, in preparation for an upcoming mating season, the sparrow’s brain cells release a chemical signal that activates the division of neural stem cells, which facilitate peak singing performance to attract mates.

Neuroscientist Dr. Karen Aboody, M.D. and Oncologist Dr. Jana Portnow, M.D. from City of Hope Hospital are set to begin a phase 1 clinical trial for a method of delivering chemotherapy treatments to glioblastoma [aggressive brain tumors] with modified neural stem cells. The scientists plan to capitalize on the stem cells’ innate ability to seek out invasive tumors by loading the cells with a chemotherapeutic protein and then injecting them into the brain.